A district zoning change has split opinions in the city of Norfolk all because, if approved on three readings, a soybean-crushing plant will be constructed.
Monday, March 21st 2022, 9:40 PM CDT
Tuesday, March 22nd 2022, 6:30 AM CDT
By Ryan Pattee 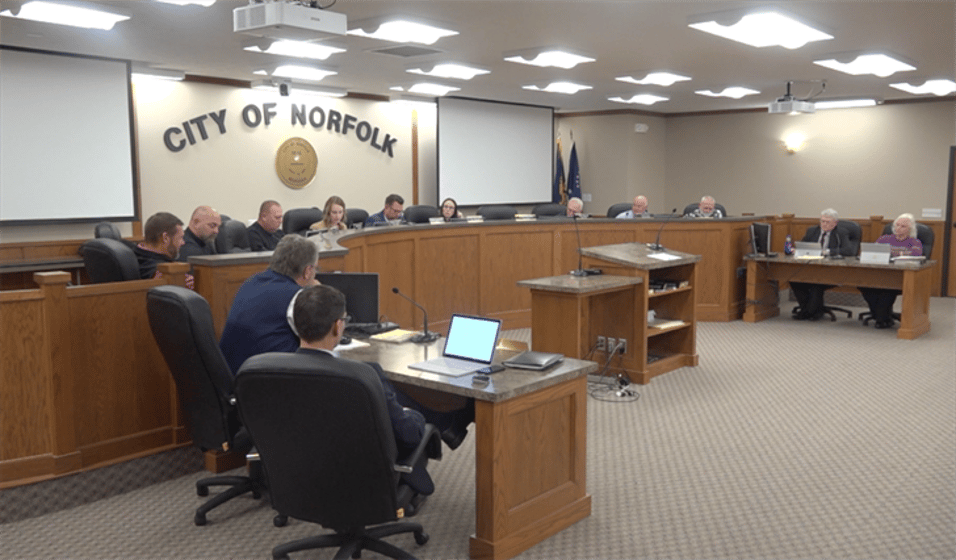 NORFOLK, Neb. -- A district zoning change had split opinions in the city of Norfolk all because, if approved on three readings, a soybean-crushing plant will be constructed.

On one side of the issue is the potential new business called Norfolk Crush, which is hoping to construct their plant north of East Nucor Road and east of North 1st street and Victory road. The addition of the plant would cut the travel distance for many area farmers and grain elevators, supporters said. According to Nick Bowdish, president, and CEO of N Bowdish Company LLC, those hoping to go to a soybean crushing plant must travel at least 75 miles away. Bowdish also said the economic impact could be extremely beneficial to Norfolk.

"This is a plant that would consume about 38.5 million bushels of soybeans each year...that's over 550,000 acres in production to support this facility," Bowdish explained. "Our company would be making a $375 million investment creating 50-55 jobs. Undoubtedly its largest economic impact would be raising the local price paid to farmers and grain elevators for soybeans in the area."

Also speaking in favor of the plant were farmers from around the area, the Norfolk Chamber of Commerce, the Alliance for the Future of Agriculture in Nebraska, Nebraska State Dairy Association, and Commodity Solutions.

However, not everyone is in favor of the plant. Just to the north of the proposed location are residents living in rural Becker's Addition, a community that would be directly impacted by the construction of Norfolk Crush. Many residents addressed their concerns ranging from safety, health, and peace of mind. The sound was a major issue even with Bowdish's promise that they would plant trees to help barrier the sounds coming from trains, trucks, and the factory. Safety concerns were raised regarding how close the facility was to Becker's Addition, especially with young children wandering off close to the train tracks. Bowdish said he was committed to having a fence built to prevent such an issue. There were also concerns about the health of residents like one speaker who was concerned the air quality and drinking water might cause issues.

"The air won't be the same due to the soybean dust and many are worried about the risks to our individual wells," one resident, Scott McHenry, said. "Unfortunately we don't have an elective representative on this council. My neighbors and I work in Norfolk, we send our children to school in Norfolk, we shop in Norfolk, we worship in Norfolk and we attend community events that celebrate Norfolk. We are very much Norfolk community members...I ask that each one of you considers us your constituent."

McHenry wasn't alone in his concerns as a number of residents also spoke out, with one threatening litigation against the city until the day she died. Still, the zoning change was passed on the first reading, but it needs to be passed on three total readings before the ordinance takes effect. Norfolk City Council members expressed hope that the time between meetings will give much-needed runway to discuss the concerns brought up at the meeting with all involved parties.