A 14-year-old Missouri boy fell to his death late at night from a free-fall amusement park ride that is taller than the Statue of Liberty along a busy street in the heart of Orlando’s tourist district.
Saturday, March 26th 2022, 10:49 AM CDT
By Associated Press 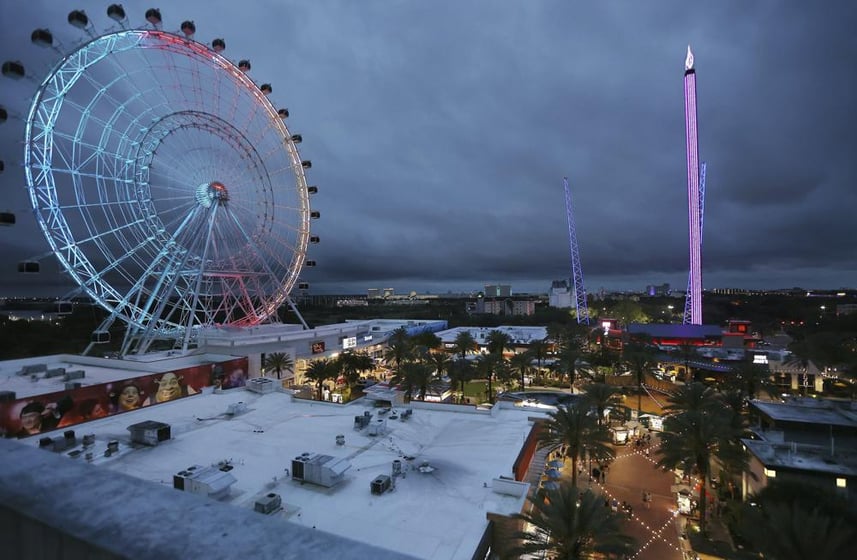 ORLANDO, Fla. (AP) — A 14-year-old boy fell to his death late at night from a free-fall amusement park ride that is taller than the Statue of Liberty along a busy street in the heart of Orlando’s tourist district.

Sheriff’s officials and emergency crews responded to a call late Thursday at the Orlando Free Fall ride, which opened late last year at Icon Park on the city’s International Drive.

The teen was identified Friday as Tyre Sampson, who was visiting central Florida from Missouri with a friend’s family. Detectives investigating the death will look into whether it was intentional or accidental, said Orange County Sheriff John Mina.

“It appears to be just a terrible tragedy,” Mina said. “We will see moving forward what that results in.”

Sampson was taken to a hospital, where he died, sheriff’s officials said. No additional details about the teen or the incident were immediately released.

A man who witnessed what happened told a 911 dispatcher that Sampson seemed to slip out of his seat when the ride braked as it approached the bottom.

“Bam, went straight through his chair and dropped,” the man said on the 911 call. “It was the biggest smack I ever heard in my life. I seen him hit the ground.”

A woman who called 911 told a dispatcher that Sampson was facedown, wasn’t responsive and appeared to have broken his arms and legs. Another man told a 911 dispatcher that the teen had no pulse.

A video aired by NBC’s “Today” show Friday morning appears to show passengers on the ride discussing issues with a seat restraint Thursday night. The ride then began its trek up the tower before someone is later seen falling from the ride.

“We are absolutely saddened and devastated by what happened, and our hearts go out this young man’s family,” John Stine, sales director with the Slingshot Group which owns the ride, told The Associated Press on Friday morning.

The Free Fall ride and an adjacent ride, the Sling Shot, have been closed indefinitely, Stine said. His company operates the two rides at Icon Park.

“We are cooperating with all other investigations at this time to get to the bottom of what happened,” Stine said.

Stine said there had been no issues reported previously with the Free Fall ride, which opened last December.

Employees and witnesses interviewed by detectives reported no problems beforehand.

“Everything seemed to be OK and normal,” Mina said.

The Florida Department of Agriculture and Consumer Services, which oversees amusement ride inspections with the exception of the state’s largest theme parks, has launched an investigation and inspectors were at the site Friday, spokesperson Caroline Stoneciper said in an email.

According to a report from the state agency, the ride had its initial permit inspection on Dec. 20, 2021, and no problems were found. The next semi-annual inspection for the ride wasn’t due for several more months.

“The ride will be closed for the foreseeable future and will not re-open until all questions are answered as part of the ongoing FDACS investigation,” the report said.

The ride has over-the shoulder restraint harnesses, with two hand grips at the chest level, that riders pull down and then they are released automatically at the end of the ride. An inspector on Friday could be seen sitting in a ride seat with the security harness over his shoulders as another inspector took measurements.

The ride stands 430-feet (131-meters) tall, and is billed as the world’s tallest free-standing drop tower, according to the park’s website.

The ride holds 30 passengers as it rises in the air, rotates around the tower and then tilts to face the ground before free falling at more than 75 mph (120 kph), the website said.

In 2021, a maintenance technician who was not properly hooked up to a safety device plunged 225 feet (68.5 meters) to his death at a neighboring ride at the park, the 450-foot-tall (137-kilometer-tall) StarFlyer swing ride.