A 17-year-old from Leigh is in custody after a multi-county pursuit that followed a reported break-in and sexual assault in Stanton County early Thursday morning.
Thursday, April 21st 2022, 6:28 AM CDT
By News Channel Nebraska 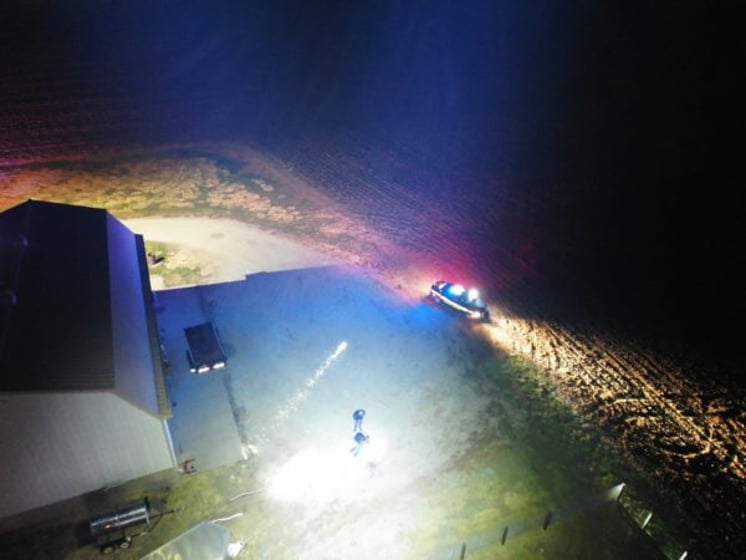 STANTON, Neb. -- A 17-year-old from Leigh is in custody after a multi-county pursuit that followed a reported break-in and sexual assault in Stanton County early Thursday morning.

Just after midnight, the Stanton County Sheriff's Office was called to a rural residence in southern Stanton County, north of Leigh.

The caller reported that an armed man broke into the home with a handgun and sexually assaulted a woman after tying her up and threatening to shoot her.

The attacker then reportedly stole the victim's SUV and fled the area toward Highway 32.

Within 10 minutes of receiving the call, the Stanton County Sheriff's Office reported seeing the vehicle traveling east on Highway 32 near the junction of Highways 32 and 15.

Sheriff Mike Unger said the vehicle was followed into Cuming County until a second unit was present, at which point emergency lights were activated.

Unger said the vehicle then failed to stop and continued east as a pursuit was initiated. About two miles west of West Point, Unger said, the Cuming County Sheriff's Office deployed a deflation device, puncturing the SUV's front left tire.

According to sheriff's reports, the pursuit continued another half mile before the vehicle pulled onto the south shoulder. At that point, Unger said, the suspect fled south into a field through the passenger door, leaving the vehicle in gear.

Unger said a perimeter was set up by the sheriff's offices from Stanton and Cuming Counties, along with the Nebraska State Patrol.

At approximately 2:40 a.m., the suspect was taken into custody after he was reportedly found hiding on the top of a livestock trailer at a nearby farm residence. He now faces charges that include: Burglary, Possession of Burglar Tools, False Imprisonment, First Degree Sexual Assault, Armed Robbery, Terroristic Threats, Use of a Weapon to Commit a Felony, Theft of a Motor Vehicle and Operating a Motor Vehicle to Avoid Arrest.  He was jailed at the Juvenile Detention Center in Madison pending a hearing.

The female victim was taken to FRHS by Creston Rescue for treatment.  A handgun, knife and other items connected to the attack were seized during the arrest. The Dodge County Sheriff’s office also assisted with a K-9 unit as did Stanton County Emergency Management with a thermal drone that was deployed.