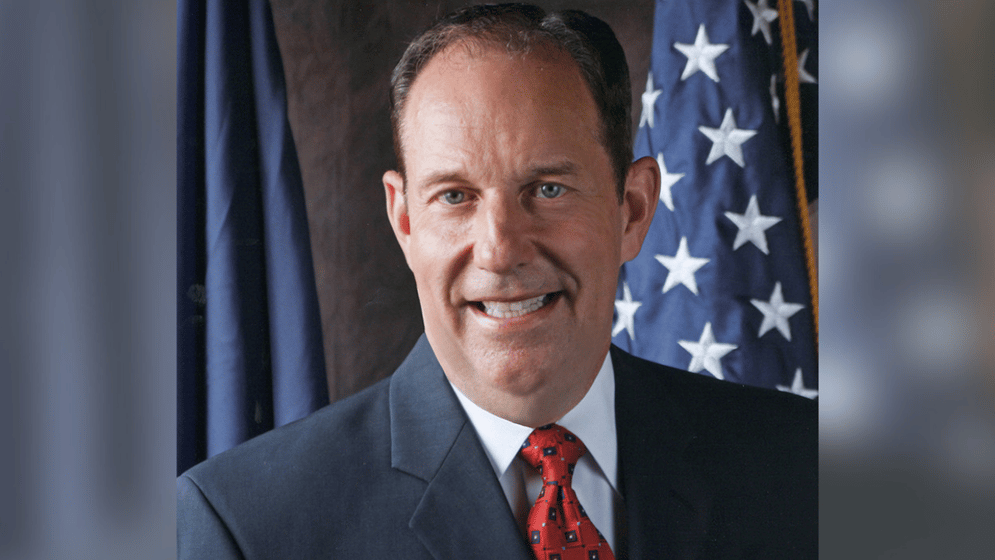 OMAHA — A second woman who alleged in a Nebraska Examiner article earlier this month that Nebraska gubernatorial candidate Charles Herbster had groped her came forward Friday and allowed her name to be used.

Elizabeth Todsen was a 23-year-old employee of State Sen. Dave Murman when she attended the 2019 Elephant Remembers fundraiser for the Douglas County Republican Party. A former state chair of the College Republicans, she was excited to be starting her career. One minute, she said, she was enjoying chatting with friends at the Omaha dinner.

Then moments later, Todsen said, she was staring into space, struggling to process having just been groped in public by Herbster, who was then a major GOP donor. A friend said he had seen what happened and asked if she wanted him to confront Herbster. She said no because she didn’t want to make a scene.

“It was just all a blur after that happened, because it was all I could think about,” Todsen said. “I just remember sitting there, and we were listening to the speakers … thinking, ‘How do you support this man?’”

Todsen and State Sen. Julie Slama were two of eight women alleging in an April 14 Examiner article that Herbster had groped them. All eight accounts were corroborated either by witnesses or people the women told what happened immediately afterward.

“We are going to stick by our statement that Charles 100 percent denies these allegations,” Emily Novotny, Herbster’s campaign spokeswoman, said Friday.

Herbster filed a defamation lawsuit against Slama a week ago. Slama counter-sued him Monday for sexual battery.

Herbster has spent days trying to discredit Slama in media interviews and in a campaign television ad. He has said, without offering evidence, that Slama is somehow part of a conspiracy crafted by Gov. Pete Ricketts and his favored candidate in the governor’s race, University of Nebraska Regent Jim Pillen.

Todsen said that she had been reluctant to come forward but that she could no longer watch Herbster and his campaign team attack Slama’s credibility.

“It just made me so mad,” Todsen said. “Seeing her be out there by herself, and ultimately just being bullied and discounted, I said, ‘It’s time to do what’s right.’”

Part of what made her decision easier, she said, was when four Republican state senators announced Tuesday they were creating a new legal defense fund for anyone with a credible allegation against Herbster. The group is funding her legal bills.

Todsen said reading the Examiner’s reporting also changed her perspective. She said she believed the other women “100 percent.” She said she no longer felt alone.

“I just wanted to give them all hugs, even though I don’t know them.”

“I am so grateful for Elizabeth’s bravery in coming forward, even in the face of unimaginable threats and pressure from Charles Herbster and his supporters to remain silent,” Slama said. “Charles Herbster is a predator, and I stand with all of his victims, known and unknown.”

Herbster has denied Slama’s allegation that he reached up the skirt of her dress and touched her inappropriately at the same dinner.

Slama had previously told the Examiner that she saw Herbster grope a woman at the dinner. That woman was Todsen. After the Examiner’s initial article was published, combat veteran Edward Boone spoke out on the record to say he had seen what happened to Todsen. He had previously confirmed Todsen’s account, on condition that his name be withheld, saying he feared retaliation, too.

That night in 2019, Todsen was one of several young Republicans from Lincoln who attended the dinner. They were sitting with friends from Omaha. They all knew that Herbster had paid for their table.

Todsen’s description of what happened next meshed with what others have described. Herbster stopped by to greet the group at the table. He shook hands with the men. Todsen said she then extended her hand. She said Herbster shook hands with her and then “pulled me into an aggressive” embrace.

“It was more than a hug,” Todsen said. “His hand went to my butt. It was a grab. At that point, I tried to push away, but I couldn’t. It was like he knew that I couldn’t say anything …

“He had sponsored this table, so why would I say anything?”

She says she has dealt with anxiety, fear and continual reminders since then. Todsen, a political fundraiser, is more wary now when dealing with men in the workplace. She said she keeps her guard up.

She finally told her parents this week about what happened, which was a relief, she said. She had a message for any other woman considering speaking out publicly.

“It’s going to be really, really hard to come out and share your story,” Todsen said. “But there will be people who believe you, support you and will help you heal.

Victims of sexual violence can contact the Nebraska Coalition to End Sexual and Domestic Violence to access a statewide network of service providers online, or by phone at (402) 476-6256.