Katie Wilson from Wayne State College was inducted into the NSIC Hall of Fame.
Wednesday, July 13th 2022, 9:55 AM CDT
By Press Release 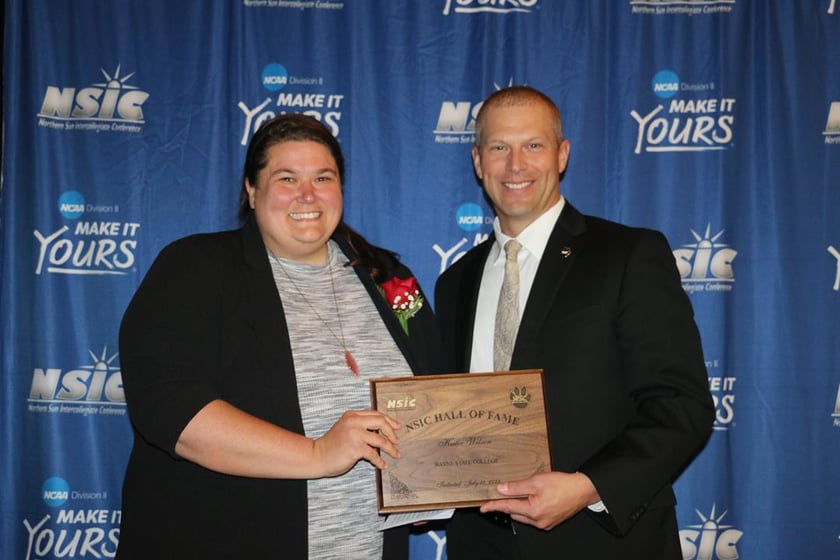 Katie Wilson receives a plaque after her induction into the NSIC Hall of Fame.
Courtesy; Wayne State College Athletics

WAYNE, Neb. -- Katie Wilson from Wayne State College was inducted into the NSIC Hall of Fame.

A native of Glenwood, Iowa, Wilson was a standout thrower for the Wayne State women's track and field team from 2005 to 2009. She helped WSC to three straight runner up finishes at the NSIC Indoor Championships, winning two NSIC indoor shot put titles in 2005 and 2006 and five conference titles in the outdoor season in the 2005 shot put, 2008 discus and hammer throw and 2009 shot put and discus.

Wilson held school records in five events and was the 2005 NSIC Outdoor Newcomer of the Year and 2006 NSIC Indoor Field Athlete of the Year. She is currently a fifth grade teacher and assistant volleyball/track and field coach at Glenwood High School in Iowa.