Oklahoma police: Suspect arrested in killings of 4 at marijuana farm

Wu Chen was taken into custody without incident just before 4 p.m. Central time by Miami Beach police and taken to the Miami-Dade County Detention Center, the Oklahoma State Bureau of Investigation said in an evening post on Facebook.
Monday, November 21st 2022, 11:37 AM CST
Wednesday, November 23rd 2022, 7:40 AM CST
written by Associated Press 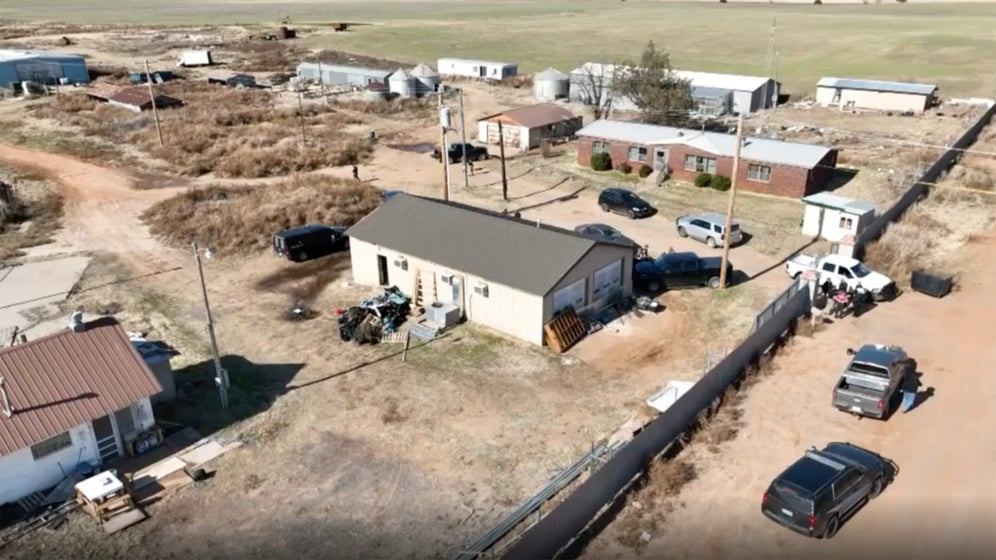 Investigators say they believe the victims and suspect knew each other. (KOCO)

The suspect in the weekend killings of four people at a marijuana farm in Oklahoma was arrested Tuesday afternoon by officers in South Florida, police announced late Tuesday.

Wu Chen was taken into custody without incident just before 4 p.m. Central time by Miami Beach police and taken to the Miami-Dade County Detention Center, the Oklahoma State Bureau of Investigation said in an evening post on Facebook. 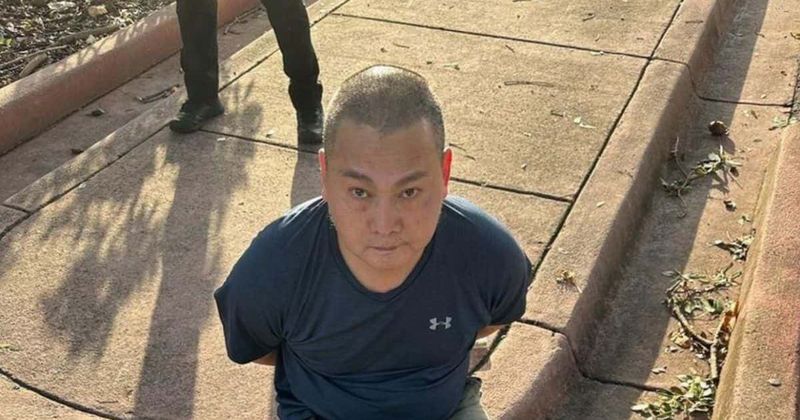 The arrest came “after a car tag reader flagged vehicle he was driving,” it added. The suspect will be charged with murder and shooting with intent to kill and faces extradition to Oklahoma.

OSBI also posted a photo provided by U.S. Marshals of the man sitting shoeless on a curb, apparently with his hands cuffed behind his back.

Authorities said the victims — three men and one woman, all Chinese citizens — were shot dead and “executed” on the 10-acre (4-hectare) property west of Hennessey, about 55 miles (90 kilometers) northwest of Oklahoma City. A fifth victim who is also a Chinese citizen was wounded and taken to an Oklahoma City hospital.

The victims had not yet been identified publicly, and next-of-kin notification was still pending “because of a significant language barrier,” police said.

Authorities had said previous they had a suspect in mind but were withholding the name for the time being to avoid endangering others.

“The suspect was inside that building for a significant amount of time before the executions began,” OSBI said in a news release earlier Tuesday. “Based on the investigation thus far, this does not appear to be a random incident.”

“They all know each other,” Florence said. “Don’t know if they’re related, or if they’re coworkers, but certainly these individuals were, we believe, all familiar with each other.”

The Kingfisher County Sheriff’s Office initially responded to a reported hostage situation at the farm and requested help from state authorities, Florence said.

“There’s a lot to unravel with this case,” he added. “It’ll take a little time for us to process it.”

The case is being investigated as a quadruple homicide. The Oklahoma Bureau of Narcotics and Dangerous Drugs Control is also investigating.

That agency has targeted criminal growing and trafficking of marijuana for the black market in recent years. But agency spokesman Mark Woodward said Tuesday it was too soon to say that was a focus of this investigation.

“It being a marijuana farm, obviously Oklahoma state law requires that they have a license from the Oklahoma Medical Marijuana Authority and from us,” Woodward said. “One of the things we’re looking at is, is it obtained legally or was it obtained by fraud? So that’ll be part of our investigation.”

Porsha Riley, spokeswoman for the Oklahoma Medical Marijuana Authority, said there is an active license for a medical marijuana grow business at the location.

None of the 14 marijuana growing operations in the Hennessey area responded to email inquiries from The Associated Press, and officials would not identify which one operated at the site of the shootings.

Oklahoma voters legalized medical marijuana in 2018, and the industry quickly boomed thanks to an open-ended law that put in place fewer restrictions than in other states.

In March, voters will decide whether to legalize recreational use of the drug.