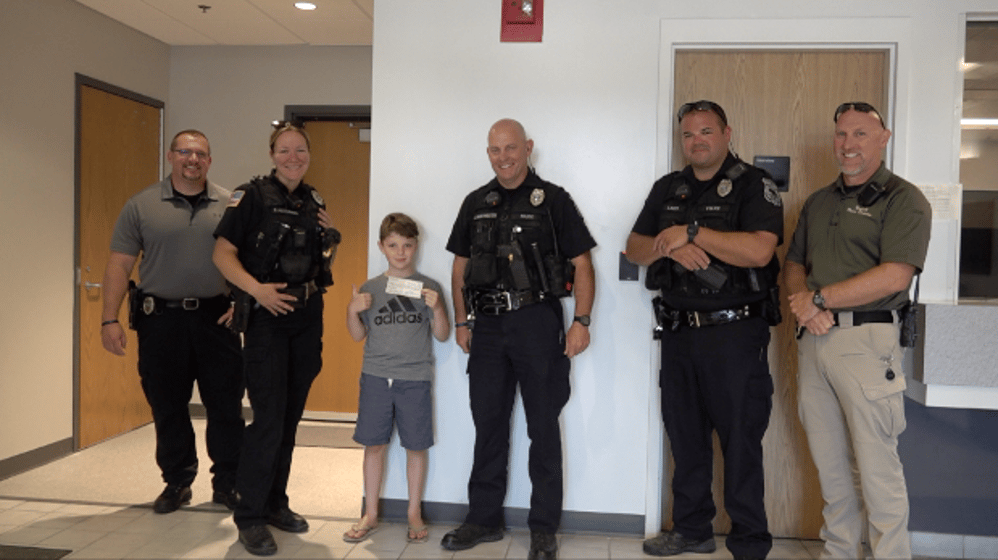 NORFOLK, Neb. -- A child in northeast Nebraska made a large donation to a  local police station.

James Kimes raised $2,212.00 for the Norfolk Police Division with a lemonade stand on Friday.

Kimes' family has a tradition where each child holds a lemonade stand when they are young and donate the proceeds to a charity or an organization.

James chose the Norfolk Police Division because he said they keep the community safe.

The NPD said it is grateful for the donation and noted that the money will be used for extra emergency equipment to be used in police vehicles.