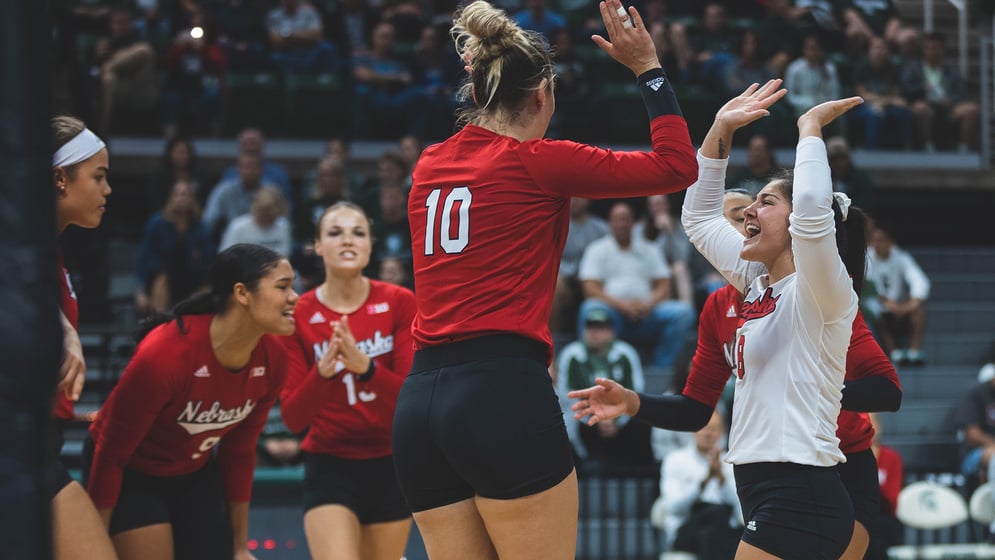 Kaitlyn Hord connected for six kills on .500 hitting with a match-high six blocks. Combined with Allick, the Husker middle blockers had 14 kills on 21 swings with two errors (.571) and nine blocks.

While the Huskers hit better than .300 for the seventh time in 14 matches, their nation's top-ranked defense performed admirably once again, holding the Spartans to .031 for the match.

Aliyah Moore had seven kills to lead the Spartans.