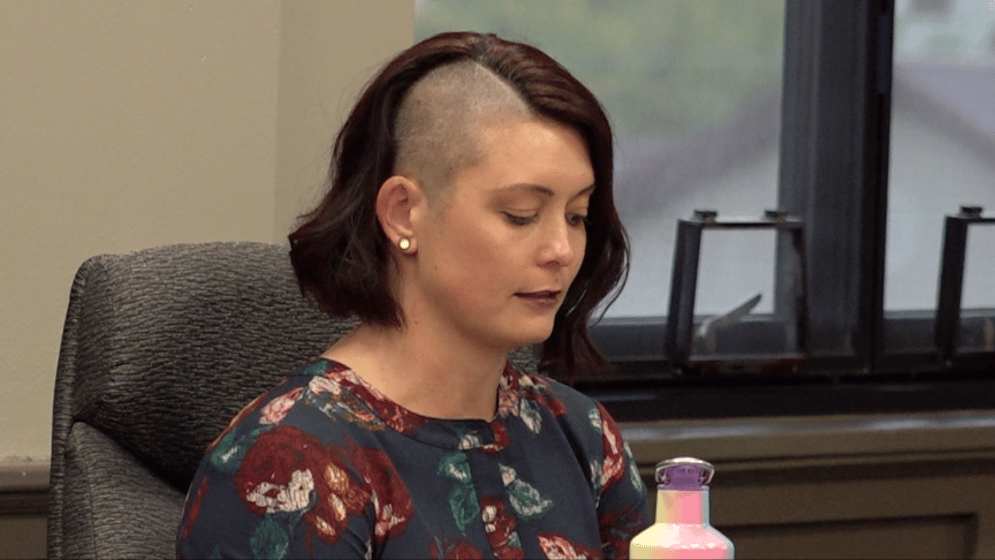 NORFOLK, Neb. -- On Monday, the Norfolk Public Schools Board of Education member Dr. Jenna Hatfield-Waite resigned from her position.

"I get that there are risks in putting yourself out in the public eye," Hatfield-Waite said. "Serving in an elected position opens you up to extra criticism and critique regarding the position that you fill, but I'm not sure when that started to mean that someone's personal life should be opened for criticism and discussion as well. My personal life and what I choose to do with it, do not affect my ability to sit on this board and make quality decisions regarding the educational development of the children in this community. Recently my personal life was the reason some concerned community members felt I should no longer serve this position. After that, my personal life continued to be a form of entertainment for people of the community to discuss at free will."

Hatfield-Waite went on to say her employees would be questioned at local businesses, with community members asking about "juicy details" of her personal life. She also claimed to have received anonymous phone calls, where callers voiced displeasure or disagreement with her choices. Because of these reasons, Hatfield-Waite said it has taken a toll on her mental health to the point she put forth her resignation.

"It's getting harder and harder for boards to find volunteers who are willing to sacrifice their free time to participate," Hatfield-Waite said. "If communities are going to be so quick to judge and critique volunteers, especially when these critiques are not based in fact or are unrelated to the actual duties of the volunteer position I fear what the future may hold.

Hatfield-Waite did not specify what these criticisms or disagreements were at the meeting. With her resignation, a new spot is open on the board. Superintend Dr. Jami Jo Thompson said the board will vote on a new member on Nov. 14, during their next meeting. Applications for the board position will open up by 4 p.m. on Nov. 2, in the superintendent's office.