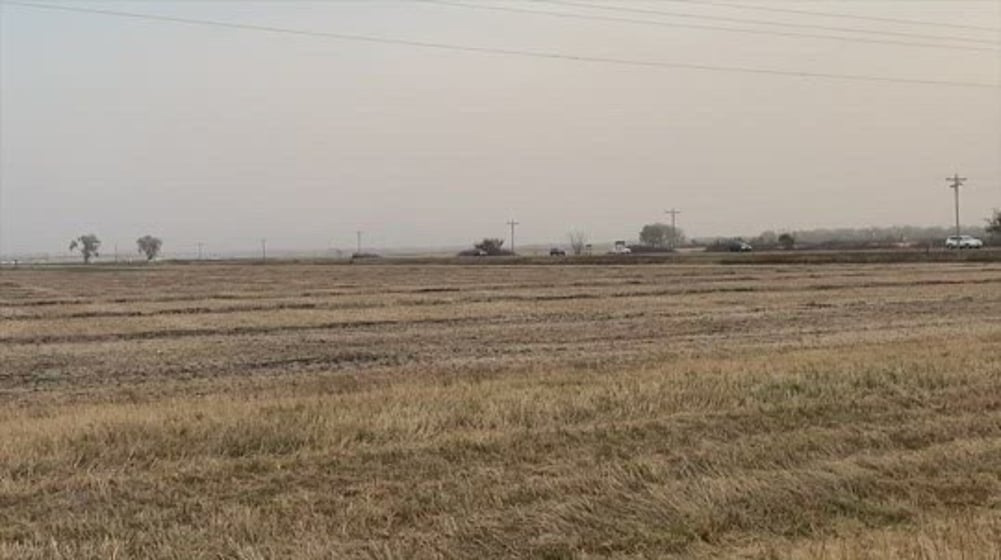 WISNER, Neb. -- A cornfield fire spread quickly and led to the evacuation of Wisner.

Cuming County Emergency Manager Jeff McGill said a fire began around 2:40 p.m. on Oct. 23 at 8 and N Road, south of Wisner. The fire reportedly started in a cornfield but the high winds caused it to spread quickly.

Officials said Wisner Fire and EMS responded to the fire and then called for aid after arriving. By 3:30 p.m., there were 14 area departments that had come to help. The departments were:  Beemer, West Point, Bancroft, Rosalie, Howells, Dodge, Pilger, Stanton, Wayne, Pender, Lyons, Winnebago and Homer. The Cuming County Sheriff’s Office, Nebraska State Patrol, Wisner and West Point Police Departments, and the Nebraska Department of Transportation all helped as well.

Officials said an evacuation of the City of Wisner was recommended later that afternoon. They also decided to shut down Highway 275 from Beemer to Wisner because of the low visibility.

Water was reportedly brought to the scene by around 15 to 20 farmers and businesses. Help was requested from the Nebraska Wildland Incident Response Assistance Team (WIRAT) and they sent two people to help manage the incident.

The report said one person with injuries had to ben taken to the hospital and their injuries were unknown, but not life-threatening.

McGill said that only three small structures were lost in the fire but none of them were homes.

The State Fire Marshal investigated the fire as accidental.