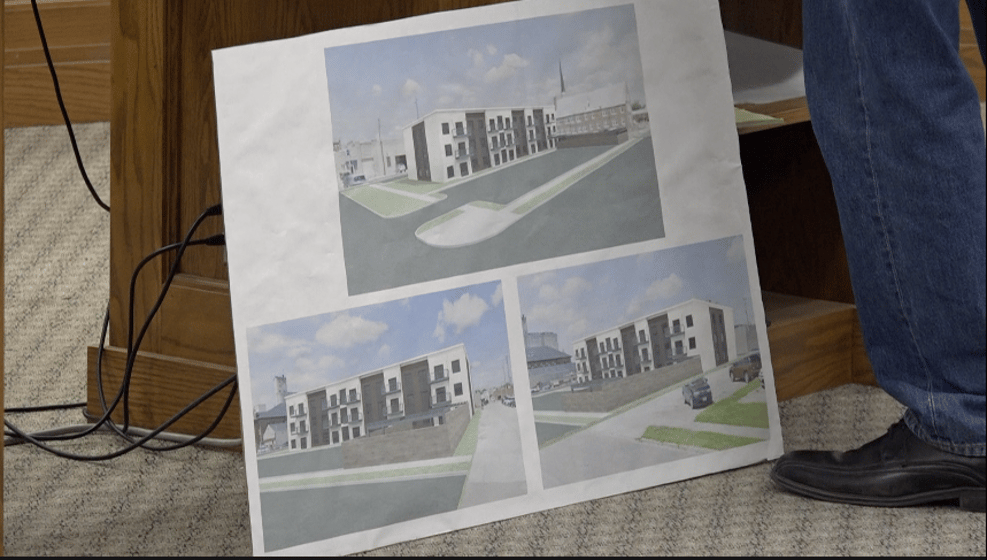 NORFOLK, Neb. -- A zoning change has opened an opportunity for a new apartment in Norfolk.

On Monday, the Norfolk City Council approved a zoning change on the corner of Philip Avenue and Fifth Street.

The request was made by Elkhorn Valley Community Development Corporation which is doing business as NeighborWorks Northeast Nebraska. They hope to create a 30-unit apartment complex in the area which is currently a gravel lot just south of the Midtown Health building.

The apartment would be in conjunction with the Wayne State College growing together program.

According to Grimes, the First United Methodist Church expressed concerns about losing parking space as well as a lack of available area for the church to expand.

Kelby Herman who is working with NeighborWorks, said most of the parking will be on the existing gravel lot, with the exception of six stalls. Under an agreement with Midtown Health, those six stalls would be located at Midtown Health's parking lot instead.

When it comes to starting construction, Herman said he'd like to be "moving dirt" at the beginning of spring.

The council unanimously approved the zoning change from a local business district to a multiple-family housing residential district. The council then approved the motion on all three readings.