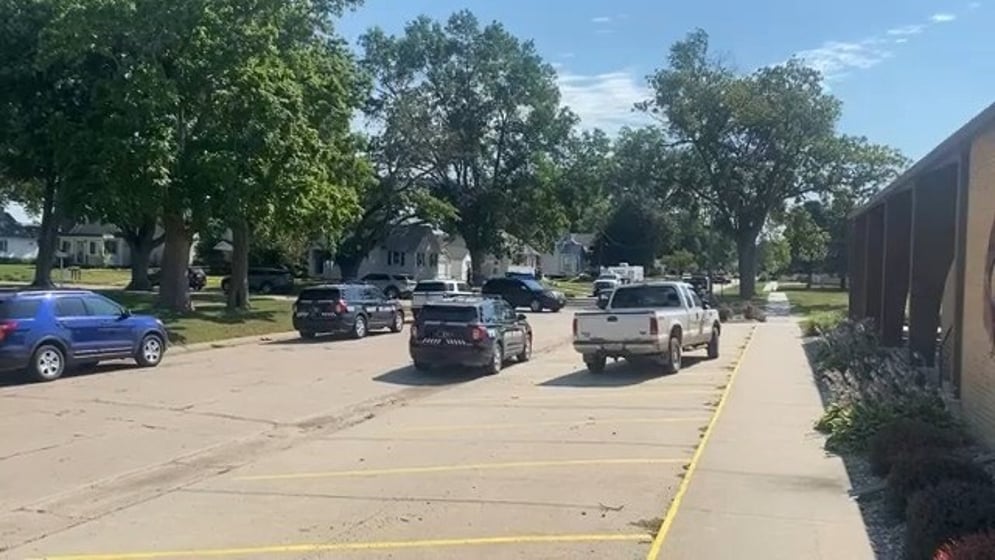 LAUREL, Neb. -- A suspect is in a Lincoln hospital awaiting booking in connection to four homicides in Laurel.

According to the Nebraska State Patrol, the suspect was apprehended Friday morning.

Multiple witnesses reported seeing or hearing an explosion at approximately 3:00 a.m. on Thursday. Bolduc said one person was found dead at the initial scene, while three were found dead at the second home. The Nebraska State Patrol says gunfire is believed to have been part of both incidents.

According to Bolduc, a suspect was seen leaving Laurel in a silver sedan in the early morning hours. Bolduc said the driver of the sedan may have picked up a passenger on the way out of town.

The Nebraska State Patrol held a press briefing at 9:30 a.m. in Laurel to discuss the latest details of the case.

“I want to acknowledge the indescribable grief that this community is experiencing right now," said Col. John Bolduc. "That’s going to be compounded by the betrayal of trust that they’re going to feel because a community member here is alleged to have committed these crimes.”

“Evidence from both scenes led us to the suspect," said Bolduc.

The NSP said that they arrested 42-year-old Jason A. Jones Friday morning.

Bolduc said that Jones lived across the street from the victims.

“There’s no more danger to the Laurel community or northeast Nebraska as a result of this arrest," said Bolduc.

Jones was arrested after probable cause was determined, and an NSP SWAT team obtained evidence pointing to Jones as the suspect.

He was in his home at 206 Elm St. The NSP SWAT entered his home and performed an investigation. Jones was found to have severe burns and was air flighted to a hospital in Lincoln.

Jones is said to be in serious condition.

The families of the victims have been notified. The NSP identified the victims as 86-year-old Gene Twiford, 85-year-old Jeanet Twiford, 55-year-old Dana Twiford, as well as 53-year-old Michele Ebeling. The Twifords all lived in 503 Elm Street, which was the site of the second fire reported. Ebeling was found dead at her home at 209 Elm Street, which is where the first fire was located.

The NSP is still working to process evidence.

This is an ongoing investigation, and the homes are still active crime scenes.

Bolduc said that it would be premature to talk about motive at this time.

The NSP was asked about the initial reports of a black male leaving town, who was thought to be a suspect.

“We don’t believe that’s the same person, but we would like to talk to that person as a witness," Bolduc said. "As information developed, that lead became less significant.”

Firefighters were tasked with putting out two fires Thursday morning.

“They had a very difficult task," said Bolduc. "We asked them to put out these fires while preserving the evidence of these crimes. They had to adjust their tactics while putting out these fires. Their efforts preserved the evidence that led us directly to the suspect.”

There are no other suspects at this time, and the bodies of the victims will be examined Friday.

Several agencies have been involved in the response and investigation, including the volunteer fire departments of Laurel, Wayne, and Beldon, the State Fire Marshal’s Office, the Cedar County Attorney, the Nebraska Attorney General’s Office, as well as the Laurel Police Department, Cedar County Sheriff’s Office, and the Nebraska State Patrol.